Ragging means ‘Any disorderly conduct whether by words spoken or written or by an act which has the effect of teasing, treating or handling with rudeness any other student, indulging in rowdy or undisciplined activities which causes or likely to cause annoyance, hardship or psychological harm or to raise fear or apprehension thereof in a fresher or a junior student or asking the students to do any act or perform something which such student will not in the ordinary course and which has the effect of causing or generating a sense of shame or embarrassment so as to adversely affect the physique or psyche of a fresher or a junior student’.

“Ragging in all its forms is totally banned in this Institution including in its departments, constituent units, in all its premises (Academic, Residential, Sports, Cafeteria and the like) whether located within the campus or outside and in all means of transportation of students. The Institution shall take strict action including but not limited to criminal proceeding and/or cancellation of admission against those found guilty of ragging and/or of abetting ragging and the burden of proof shall be on the perpetrator of alleged ragging and not on the victim. An offence of Ragging may be charged either through a written complaint by the affected or on the independent finding of the Anti Ragging Squad. The Institution is bound by the UGC Regulations on Curbing the Menace of Ragging in Higher Educational Institutions 2009.” 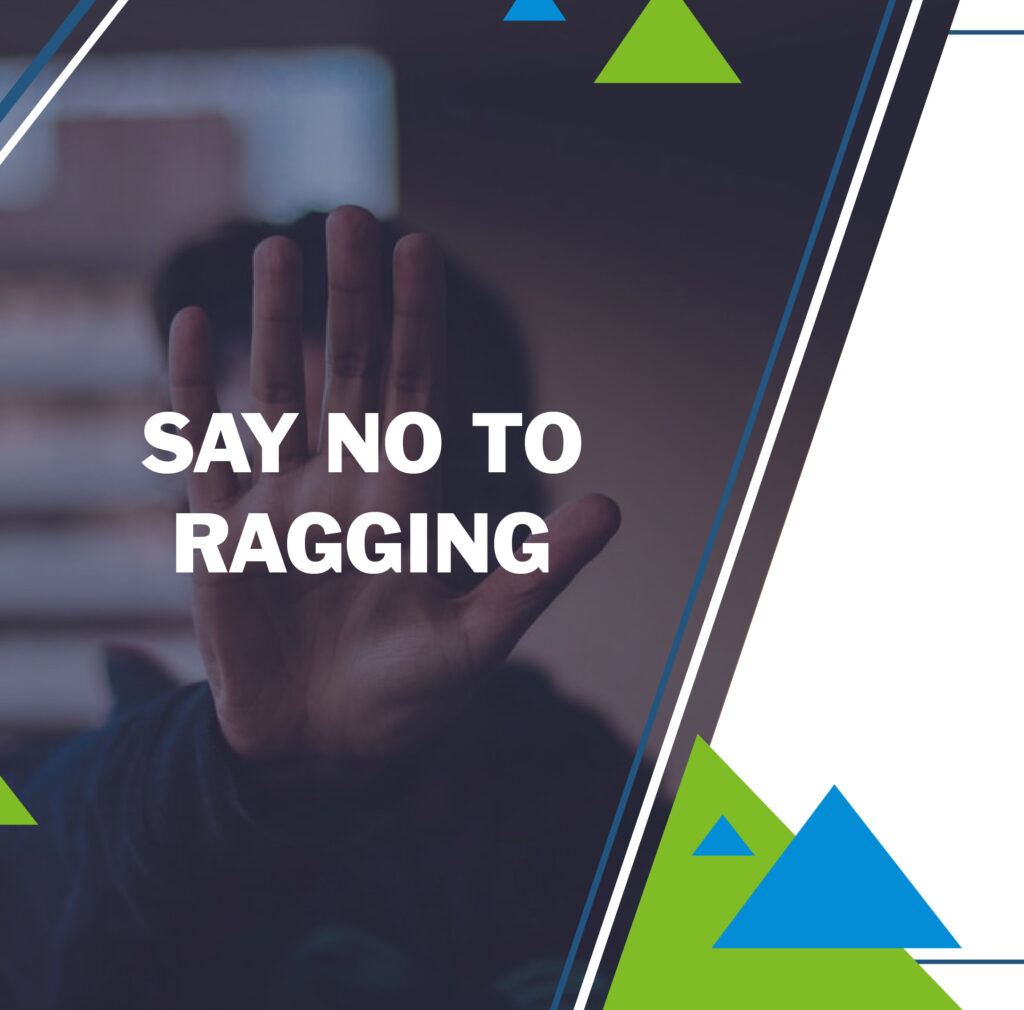 The Anti – Ragging Committee is composed of the following Teaching faculty and non-teaching staff:

Anti-Ragging Squad makes surprise raids to hostels and other places vulnerable to incidents of, and having potential of ragging. The squad shall also conduct on-the-spot enquiry into any incident of ragging and submit an enquiry report along with recommendation to the Anti-Ragging Committee for further action.